Journey through this Millennium Park engagement session with a stop at Sawada Coffee. With Chicago skyline views and all of the cozy vibes, this was a super fun Chicago engagement photo shoot.

You know when people talk about sparks flying when they meet that special someone? Zach and Sydney have that kind of love. They radiate so much positive energy, love and happiness when they’re together. They’re also two of the raddest people I’ve ever met so it is a friggin’ honor to be apart of their journey.

Back in 2018, I got to hang out with Sydney and Zach at their friends wedding that I just so happened to be photographing. I could see how happy Zach was with her. They danced the night away with the biggest smiles on their faces and you could tell that these two were in it for the long run.

So flash forward to 2019 and Zach proposed to his lady at the end of October. When I found out they got engaged, I seriously sent some vibes into the universe because I really wanted to work with these babes.

Turns out, the universe was listening and Sydney sent a message my way about a week later. Their engagement session is unlike any other that I’ve done before. We even had a lady yell at our Uber driver in the middle of Chicago traffic and then we all gave her the bird when we drove by – because come on lady, it’s not that serious.

We cozied up at Sawada Coffee before heading to Millennium Park where we found the most beautiful spot. I thought Millennium Park just had The Bean to look at but boy was I wrong.

I could write about these two for ages but I’ll let the photos do the rest of the talking. 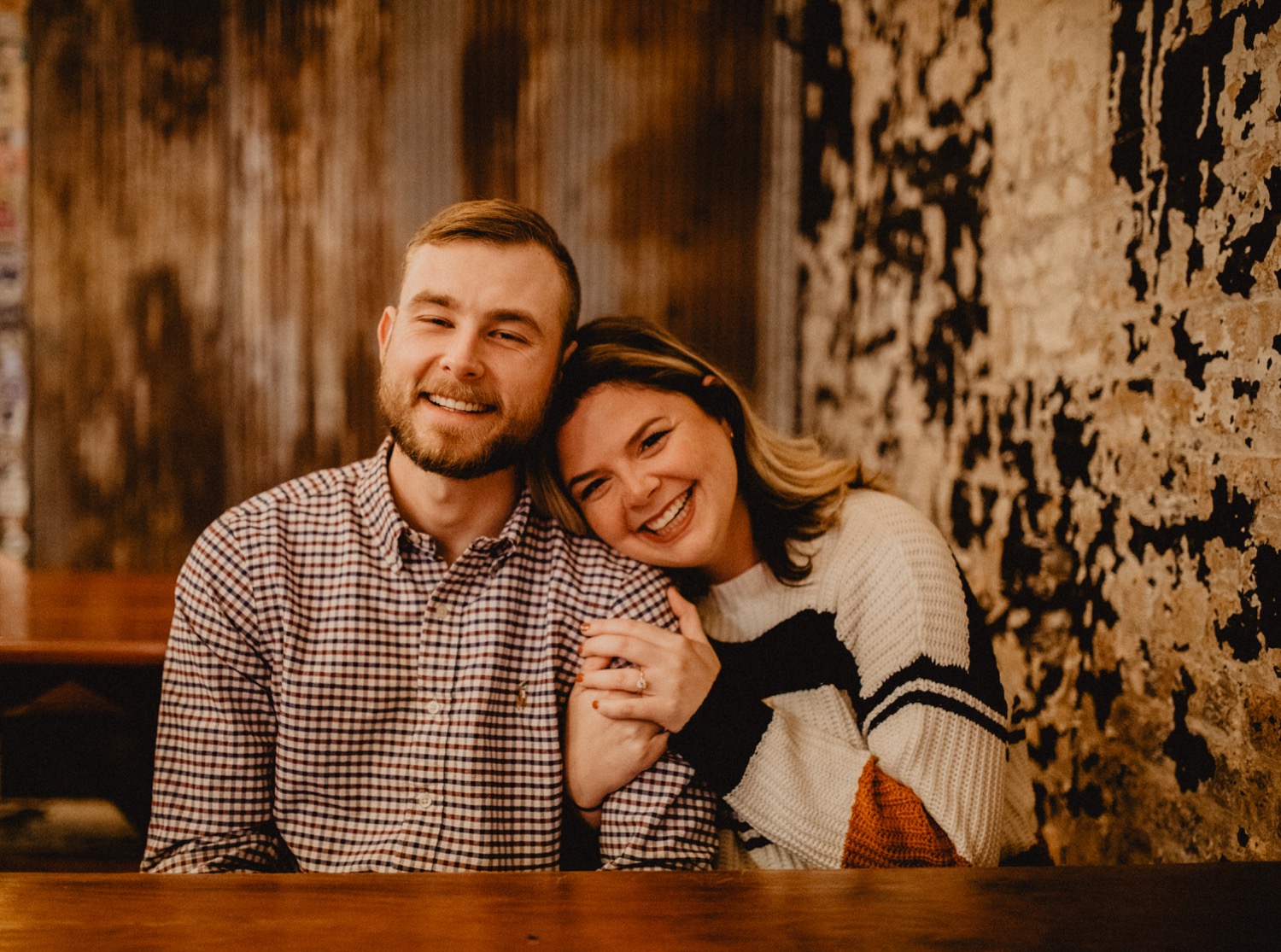 I'll be in touch shortly! In the meantime, stick around + explore.

can't wait to chat with you!